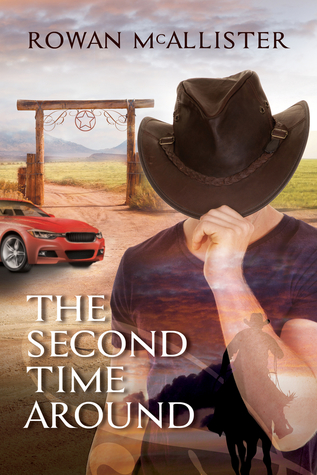 Though born into wealth and privilege, Jordan Thorndike can’t keep pretending. He’s never going to become the lawyer his parents hope for or provide the daughter-in-law and two-point-four grandkids they expect. Faced with an ultimatum—carry on living the lie or get out—Jordan leaves with only what he can pack in his BMW. Homeless, jobless, directionless, Jordan heads to one of his mother’s pet charities: Better the Second Time Around Rescue Ranch. With his family name and charm, he has the staff eating out of his hand in no time—except for one man. Russ has never been handed anything, and he resents the spoiled rich brat using the ranch to live out a fantasy. Though Jordan is determined to prove himself to Russ through hard work, family and old wounds complicate matters. Will Jordan realize that what he sees as an escape is real life for most people? And can Russ accept that Jordan can grow—and that he wants him?

Jordan is 24 years-old, born with a silver spoon in his mouth and had never had to worry about money, health care or everything else since Mommy and Daddy had always taken care of it… Until Jordan comes out to them and his family rejected him. Jobless and homeless, Jordan only had his shiny car and his backpack when he came to B STAR, a rescue ranch for animals where he used to visit when he was younger.

Russ is the right-hand of Phyllis, the owner of the ranch, when he meets Jordan for the first time. He only sees a spoiled, rich brat who doesn’t know what real work means.

Jordan is at a crossroads in his life and he has to decide what kind of life he wants…one like his parents want for him, or one really for him. With the help of Phyllis, the horses and especially Russ, Jordan will have to make the right choices for his own happiness.
The Second Time Around by Rowan McAllister is my second book by the author, and like for the first time, I wasn’t disappointed and really loved it.

Jordan is completely lost when he comes to B STAR. He’s an emotional mess and only wants to forget his situation. He tries to avoid thinking of it by diving into work and seducing Russ. It works for one, but Russ is another subject, and the man always reminds Jordan how useless he can be. Until Jordan speak his mind and call Russ on his shit. That’s when things change for them. It was sweet and hot, like super-hot and I completely melted for them.

Russ is over 40 years-old, but the two are a very good match. Jordan is young, immature and a drama queen, but he’s also very smart and kind with a big heart. He tries to avoid thinking of his situation because he doesn’t really know how to deal with it, that’s when Russ came. With his care, gentleness, experience, and love, Russ helps Jordan to figure out what he really wants in his life. They were perfect for each other.

Rowan McAllister has a super good writing style that I like. The book and plot are captivating, and the feelings are very well written and developed without plot holes or inconsistency. That’s what I love here—the plot is simple—a young man trying to know what he wants in his life who meets an older man who knows what he wants in his life. But it was so well written with the feelings developed so well without being forced on us that you can only read the book and hold on it until the HEA.

I gladly recommend this book, It’s a good May-December book, with adorable MCs that you will love as much as I have.

It’s 4 OptimuMM for the Cowboy and his fallen Prince.