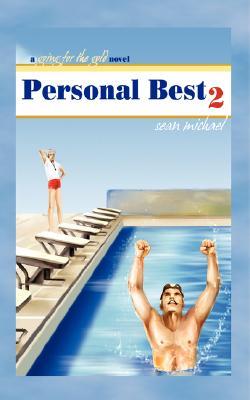 Swimmer Mike Gauliet and coach Jessy Turner are back in this second book in the Personal Best series! Mike is moving up in the elite ranks of the American swim team, despite his repetitive stress injuries. He’s hiding his pain from Jessy, not wanting to give in to it or let his coach down, and by the time he gets treatment, it’s almost too late. Jessy helps Mike recover, both in an out of bed, and their need for each other grows as quickly as Mike’s career. They’re scorching hot and ready to go to the top competitions when another injury forces Mike to the sidelines. Jessy thinks this one is no accident, and Mike has to work hard to recover the lost ground. Jessy takes Mike away from the hustle and bustle of the training center, living on the coast while the two of them struggle with adversity. Mike gets back into competition form and his success is also Jessy’s. Can they keep everything together and keep their relationship from getting in the way of Mike’s Personal Best? Sean Michael triumphs with another sexy, captivating read! Look for book three of the Personal Best series to debut in 2008!

Personal Best 2 is the second book in the Personal Best series by Sean Michael. I loved this book. It’s packed full of sexy times, and I do mean packed full. Whether they were playing in the water, their playroom, the elevator, the hotel rooms after a swim meet, or their bedroom, these two had lots of stamina, and I loved the occasional dominate/submissive play to help Mike clear his head and focus his excess energy.

I loved the dynamic between Mike and Jessy. They flow beautifully from swimmer and coach to lovers. Jessy goes from being a complete hard-ass coach to being a protective dominate taking care of his submissive. And Mike needs somebody to tell him what to do. Otherwise, he would be in the pool twenty-four-seven and back to eating foods that would make him sick. I love how much he wants a Dr. Pepper and how he says it just get a reaction out of Jessy. I also liked that when push did come to shove that Jessy is willing to compromise and Mike is willing to compromise too.

I also liked when Jessy is there to help Mike recover from his injury, that is, after he gets over how furious he is with himself and Mike for keeping the injury to himself and his determination to continue to compete instead of taking a break and resting the injury. When he finally gets better from that injury and gets back up to competing again, he gets injured by another competitor. And he’s back to where he was before but with a longer recovery time.

But the book isn’t just pure sex. It does have a great plot also. The book does continue from book one, so I do recommend that you read Personal Best first before reading Personal Best 2 and the book does end in a happy for now ending, so I am looking forward to Personal Best 3 to come out and see how Mike does in his quest to win an Olympic medal.

I recommend this book to people that have enjoyed reading Sean Michael’s Iron Eagle Gym series.