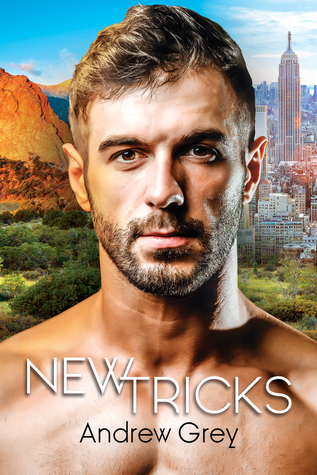 In matters of the heart, there’s no such thing as business as usual.
Thomas Stepford spent years building a very successful business, and now at thirty-nine, he wants a quieter life. With his parents needing help, he decides to return home. He can’t get away from business completely and needs an assistant—but the man who’s hired isn’t quite what he had in mind.
Brandon Wilson, the ink on his degree barely dry, needs a job, and his mother helps him get one as Mr. Stepford’s assistant. Thomas doesn’t seem to remember, but Brandon worked mowing the stunningly attractive older man’s lawn years ago. Thomas was Brandon’s teenage fantasy, and now he’s Brandon’s boss.
Thomas and Brandon are both determined to keep their relationship strictly business, but the old attraction is still there. They learn to work together even as the tension between them reaches the boiling point. But just as they start to surrender, Thomas’s old life in New York calls him. Even if he resists that pull, can their newfound relationship survive when Brandon receives the call of his dreams… from Hollywood?

New Tricks by Andrew Grey is a standalone book. I’ve been a fan of this author’s work for a while now. He’s one of my go-to authors for when I want to just curl up on the couch with a good book. The plot is always interesting with lovable characters and just enough drama, angst, and sexy times. I also liked Marjorie and Blaze and Thomas’s matchmaking mom and Brandon’s mom. I think the only thing I would have liked to have seen more of would have been Thomas interacting with his parents and helping them out. It was after all the reason that he went home, but while he had time to spare and was trying to figure out what to do with it, he didn’t think about going and visiting them.

I liked Thomas Stepford. He’s spent years being career driven and building a very successful business, and now that he’s achieved that, at thirty-nine, he’s feeling restless and is ready for a change. He thinks that he might be interested in a quieter life and maybe a relationship. With his parents needing help, he decides to return home to Colorado Springs. However, he knows that he will still need an assistant with managing his life since he is used to having everything done for him—housekeeping, dry cleaning, cooking, organizing his appointments, and laundry. Now that he has more time on his hands and is giving more responsibilities to the team leaders of his company, he might just learn how to do some of the domestic stuff himself. However, problems with a potential acquisition arise and Thomas and his new assistant, Brandon, fly back to save the deal.

I liked Brandon. He’s just gotten done with his degree and needs a job, and his mother helps him get one as Mr. Stepford’s assistant since his mom is friends with Mr. Stepford’s mom. Thomas doesn’t seem to remember, but Brandon worked mowing the stunningly attractive older man’s lawn years ago. Thomas was Brandon’s teenage fantasy, and now he’s Brandon’s boss. I liked how quickly he learned how to do his job and how efficient he is at it even if it isn’t the type of job that he wants to do for the rest of his life. He wants to work in promotions and marketing at a place like Columbia Pictures. He’s sent out a bunch of resumes to the various movie places and figures that he can work as an assistant until he hears back from one of them.

I love a good age gap or May/December romance. And I loved the chemistry between Thomas and Brandon, especially as both are determined to keep their relationship strictly business. But the attraction is still there and they learn to work together even as the tension between them reaches the boiling point. Just as they start to surrender, Thomas’s old life in New York calls him, and Brandon receives the call of his dreams from Hollywood. Can their newfound relationship survive or will it dissolve from Brandon’s new focus on his career and his move to Hollywood? Will Thomas follow him or not? You’re just going to have to read the book to find out.