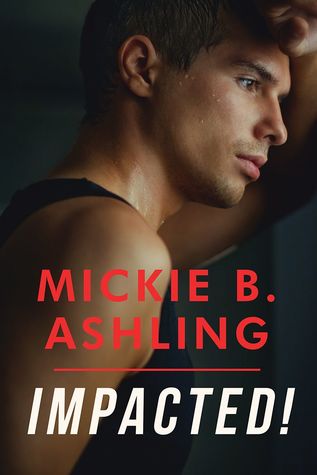 On his way home from vacation, Scott Gregory, a closeted sub, hooks up with the gorgeous Red, a flamboyant Dom, for a thrilling one-off at a BDSM bar. They part ways after a satisfying scene… but meet again when Robin Kennedy—Red—arrives at his new job as a dental hygienist and discovers one of his two bosses is Scott.
Robin and Scott embark on a journey of exploration into their kinkier sides and discover they’re more than compatible—they’re a perfect match. But keeping employer/employee and Dom/sub separate at the office presents difficulties, and to make matters even more complicated, the owner of the dental practice is an acknowledged homophobe.
They fall in love, but Robin chafes at all the secrecy, refusing to live in the shadows. Scott isn’t as brave; he’s desperate to protect his job and his future. Will they be able to find some middle ground… or will their entire relationship fall apart because of fear?

There were a couple of things that I thought were a little unneeded in the book. The book is told primarily through Scott and Robin’s POV which is expected, but we also got the POV of Scott’s best friend Susie, who’s straight and is looking for her forever boyfriend. So it’s kind of like having an MF subplot while you are reading a MM story. So if you don’t like reading MF stories at all, then this is probably not for you since the MF subplot does continue into the next book which is the sequel to this story and continues Scott and Robin’s story. It does continue the BDSM theme with Susie becoming a Domme, and she’s looking for her perfect submissive male. There were also the POVs of Scott’s boss Ron, who is a homophobe and I think there was a couple of other’s that I really didn’t think that we needed to know what they were thinking or why they were doing what they were doing. I don’t think it brought anything extra to the story. It sometimes took the focus away from Scott and Robin who the story is supposed to be about.

Scott’s a closeted submissive. He has just moved to San Francisco and has a contract to take over a successful dentistry business in a year. He didn’t know that his boss was a huge homophobe when he signed the contract. Who would have thought that there could still be homophobes in San Francisco, which is like the most gay-friendly place to live? But Scott was unlucky enough to have to work for one. He shoves himself back into the closet, telling himself that it is only for a year and that he can handle it since the reward is a four million dollar practice. He will be set for life. On his way home from vacation, he stops at a BDSM bar for a final scene before returning to his closeted life and hooks up with the flamboyant Dom, Red, who was bartending that night. After a very satisfying scene, they part ways, and Scott’s sad that he won’t be able to see Red again since Red’s moving soon. He definitely wasn’t expecting to see him when he goes to work the next day and finds out that he was hired by Ron, the owner, as the new assistant dentist.

Robin’s a Dom and has just finished getting his degree as a dental assistant. He would have gone on to be a dentist but didn’t want to be indebted by student loans. Even though he hasn’t been in the BDSM community long, only a couple of years, he did go and get trained to be a Dom and had been doing scenes with subs for a couple of years. He likes having one-off scenes and isn’t looking for a contracted sub. His last night bartending, he serves a sub a drink, and they have instant chemistry and agree to do a scene after he gets off work. He has no idea that the sub will turn out to be his boss at his new job or that they will get to continue to explore their kinks. Their chemistry goes through the roof, and they find that they are very compatible, are perfect for each other. But can they keep things under wrap under their boss’s homophobic nose or will he find out and fire them both. You will have to read the book to find out.