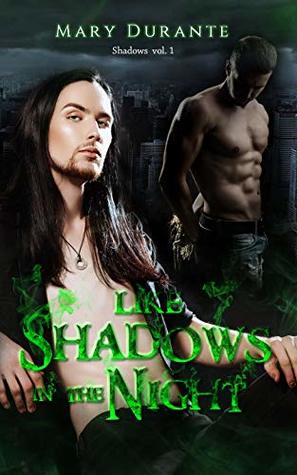 In an alternate universe where BDSM is an integral part of human culture, and every individual’s life is shaped by whether they were born as a Dom, sub, or switch, one man has daringly broken the rules of the game.
Matt Steels—sexy, powerful, mysterious, filthy-rich president of the hottest IT company in the country—refuses to play his assigned role. Despite enjoying the company of numerous subs, his private life is a solitary one.
That abruptly changes when he foolishly decides to intervene in a street brawl, saving a man from a savage beating. Little does he know that the man he’s saved is a wanted criminal, a lethal assassin who hides behind a Biblical alias and whose tools of the trade include sharp knives and an even sharper tongue.
But the assassin known as Lucifer has discoverd Matt’s most closely guarded secret, and decides to pay him a surprise visit. And as unlikely as it may seem, he might be exactly what Matt so desperately craves.

Matt is one of the most powerful men in North America. He’s powerful with his company Steel Tech and a pure genius with technology. He also has secrets—a lot of secrets—but one is more important than the others and can put him in danger.
Lucifer is the assassin of the Sons of Adam, one of the most dangerous gangs in the world. Lucifer is dangerous. He’s a wanted man by the police, the FBI, and his own clan.
Matt and Lucifer have nothing in common. They don’t live in the same social circles, but their paths cross, for the better or the worst, that’s what they will have to find out.
Like Shadows in the Night by Mary Durante is my first book from this author. It’s actually her first book in English. She’s a popular MM author in Italia.

I’m not a fan of the omega verse or sub verse genre, but the blurb of this book intrigued me, and I wasn’t disappointed.
The story is in an alternate universe where people are divided into 3 genres, Dom, Sub, and Switch. After years of fighting, they all have the same rights. In the eyes of the law, they are equal, but in real life, discrimination and abuse against Subs is common.

Matt is powerful—he isn’t scared of his board, a Dom or even an assassin like his lover Lucifer. He’s brilliant—a genius and very rich—he is powerful…in appearance. Deep down, Matt is afraid to be hurt and mistreated like in his past, so he keeps people at a distance. And it works, until Lucifer walks into his life and changes everything. I liked Matt. He was funny, smart, brave, and sensitive. I liked his sassy mouth and his fierceness when he needed to protect the people he loves.

Lucifer is more mysterious, more enigmatic, so at first, I didn’t know if I’d like him or not, but the more I read about him, the more I started to like him, until, like Matt, I completely melted for him. He’s more than an assassin. He’s more than a Dom. He’s just a man with a broken past and traumatic secret, too. I really liked him.

The book is written from Matt’s POV; we follow him on his journey with Lucifer. It wasn’t too long or too boring, it was just right, well written, and interesting.

I would love to read more about Matt and Lucifer.

One thought on “Review of: Like Shadows in the Night by Mary Durante”